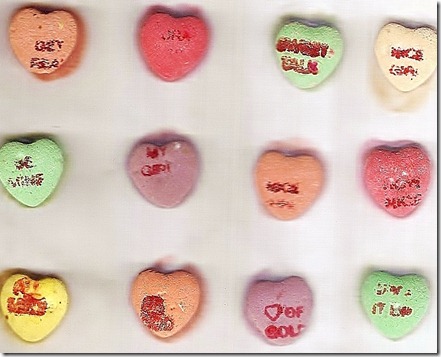 Hello, my name is Rhae C. and I’m an addict/alcoholic. Bet those of you who read this didn’t know this or maybe vaguely remember something I’d mentioned about it. Well, by the Grace of the Gods and Goddesses of my Ancestors, I’ve been clean and sober since May 23rd, 1988. Sanity is always questionable because not only did I get married to my fifth husband in sobriety, but I gave him children, too. I’ve admitted to being a hopeless romantic; seeing that I’ve done this marriage business 5 times should be proof that sobriety has its’ own rewards. The difference being this one ‘stuck’ for 22 years and we’re still trying to see if it’ll work out.

The short story of how I ended up in an AA meeting room with a bunch of folks just like me is pretty standard. Alcoholics on both sides of the good ol’ oaken cask of a family tree. After all, it is Texas and I was a fifth generation by-product of migratory Cajuns, Scots-Irish, Germans and a couple of wandering Native Americans thrown in because females were few and far between once you got west of the Mississippi before 1830. Add in a family history, again on both sides, of raising Hell because neither TV nor football had been invented yet and you get a tribe of instigators that put the ‘fun’ in dysfunctional. Then, at the ripe of age of 30 I found myself a single mother cross addicted to barbiturates and alcohol after a car wreck smashed my face and my upper jaw. That wasn’t enough to kick my ass into the Abyss; my best friend dies less than 90 days after a diagnosis of ovarian cancer. In truth, I should have died when I decided to swallow 2400mg. of a barbiturate compound and take a 6-pack chaser. Instead, I found myself reading The Big Book while kneeling next to the toilet waiting for the next round of nausea to empty the small intestine; the stomach had been cleared in the first 3 hours. Being unsuccessful in committing chemical suicide, I decided that I needed to ‘get right with God’ before I left my child in a park for CPS to pick up and adopt out while I found an 18-wheeler to jump out in front of. I met a Druid elder on the back patio of a non-denominational church who drug me into my first AA meeting. The rest, as they say, is history.

Lately, it has been an uphill struggle to maintain emotional balance; the college-aged kid is sick, the baby girl is getting married, and the eldest child has been inviting the Gods of Chaos to find her automobile for demolition derby practice. Did I mention that my hubby was interviewing for a management position, and that the disability insurance company managing my LTD payments has a stick up their keisters for more medical information? (Look, dimwits….the brain broke. It ain’t gonna miraculously fix itself any further than its’ been pushed to do. On a good day, I can remember the process to fix oatmeal without counting on my fingers and looking at notes.)

My therapist has been after me to find an AA meeting but bless her precious heart, she knows not what she asks. When my last beloved sponsor died with 24 years of sobriety, a part of my heart died with her. She knew that I could never do the Abrahamic religion ‘thing’ – Hell, SHE was the one who pointed out that I’d never stay sober unless I could admit that my personal integrity wasn’t attenuated to Judeo-Christian. I kept trying to go to meetings and earnestly find another sponsor, but nope; it wasn’t going to happen. Somewhere along the metamorphosis of The Program, the hardcore kick-butt sober folks disappeared. I was and remain eternally grateful to a sponsor that was a black-belt in reality based sobriety; she gave me the tools to keep on looking. What I was never prepared for was the repeated rejection of AA members who couldn’t accept a sober Druid.

While I miss the coffee and the companionship of the fellowship of Bill W. friends, I don’t miss the hostility when I step out of a meeting before The Lord’s Prayer is said at the end of each meeting. Not my faith, not my prayer. If I’m not welcome to step out, then why should I step in? I don’t want that kind of sobriety. I learned early on that staying sober is an all or nothing kind of deal. I prefer to maintain a personal integrity with my own spirituality than to compromise because someone else is uncomfortable with my personal choice in a relationship with a Higher Power.

So, it is a bit of a conundrum that I face. I wish to abide by the wishes of my counselor and therapist, but I have yet to find a place to ‘hang my hat for an hour or so’ in a place of safety with other like-minded folks struggling to stay sober in the face of a world gone mad and getting crazier by the day. Some days, I just stay sober 15 minutes at a time because that’s the best I can do. Some days, it never crosses my mind. That is, until we have insane holidays like Valentine’s come up and trigger all the past memories of pain because a little freckle-faced geeky girl got rocks, cat turds and dirt clods in her Valentine’s mailbox instead of cheesy paper cards in little white envelopes.

For the little girl I used to be, tomorrow I’m going to buy her watercolors and a box of those little valentine candy hearts. I’m going to get her a small chocolate heart and a little stuffed Pepe’ LePew. I’m going to buy a bottle of strawberry milk like they used to serve in school for Valentine’s Day only, and a box of graham crackers. While my beloved husband may have some plans for us tomorrow, I’m going to ask him for a couple of hours so I can give the little girl I used to be an alternative to the remembered pain and instead replace those memories with all the happiness she deserved….and I’ll stay sober because I choose to.

For all of us out there that struggle with this holiday as well, I send you gentle hugs and love and strawberry flavored milk. Happy Valentine’s Day.